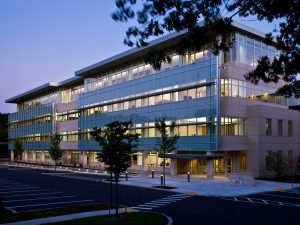 e and community for early-stage companies

BFTP/NEP launched the Ben Franklin Business Incubator at Lehigh University in Bethlehem soon after the statewide Ben Franklin program began in 1983. The location on a major university research campus allows resident companies ready access to the equipment, faculty, and students at Lehigh, which complement Ben Franklin’s in-house expertise and network of experts and other resources well.

In 2007, we relocated the incubator program across the street on Lehigh’s campus to Ben Franklin TechVentures, a 62,000-sf former Bethlehem Steel laboratory, tripling our available space. Ben Franklin TechVentures2, which opened in October 2011, increased the total space to 109,000 sf. We expanded and opened TechVentures West Wing in autumn of 2017.  The facility now has a total of 129,000 sf of space for companies to start and grow.

Typically, 40 to 50 firms call Ben Franklin TechVentures home, employing as many as 170 people. Since 1983, Ben Franklin’s incubator has graduated 69 successful companies, together grossing more than $1.2 billion in annual revenue and creating more than 6,900 jobs.

In addition to the support of experts and the synergies of launching in a tech-based incubator, entrepreneurs benefit from the innovation, determination, and work ethic of the region, highlighted in Lehigh Valley Economic Development Corporation’s “Made Possible in Lehigh Valley” video. BFTP/NEP continues to build on its legacy as a “job creation factory” by accommodating accelerating needs for incubator space that fuels economic growth.